Emanuel has an Electronics/Physics background by degree, but has focused on camera/laser technology since 2003. He is a husband and father of 3. He is also a pastor of a local congregation. Wearing multiple hats has never been an issue for Emanuel.
Emanuel's strength according to one client is being able to explain things. He was told one day that the difference between him and other people is that he explained things well so that people could understand.
Another client said he was an honest man. When other people take advantage of clients Emanuel always look to make sure the customer gets what is right and fair and never leaves them hanging.
One weakness Emanuel has is that he is a perfectionist and this often causes him to take a little bit longer than absolutely necessary to get things done. If a client is in a hurry then he will often give in to their desire to get it a second or a day sooner then he would prefer, but usually they are more than satisfied.
Emanuel enjoys challenging work and that has been his hallmark. He often wonders why he is the last call before someone is about to give up on their electronic device or project, but at least he gets the call. He takes every call seriously and keeps track of each project in a database so that no project is lost. He has followed up with clients after the project went dormant for months and sometimes years, only to find out that it is the right timing to get it done. Not sure if it's a weakness or a strength, but he does not believe in Giving Up. 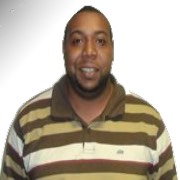 Corey Moss is also a husband and father of two. Corey is an engineer and has worked in the broadcast industry exclusively for the past 10 years. Corey is also a minister in his own right and takes his morals and values seriously.
Corey's strengths are audio/visual hardware and technology. He is constantly staying up to date with the latest in video, broadcast, and communication hardware. One of his colleagues said that Corey has such a breadth of knowledge that there was no issue he could not help solve or provide assistance on.
Corey has been noted on several projects for being innovative when one solution fails or is not a good fit, he can come up with an alternative solution to make the project work.
If Corey has a weakness, it is his workload. He takes on so many things that we often stretch him pretty thin, so we have to manage his resources and time well so he is not used up. Once you meet him, you will see why he is called on so much by so many. 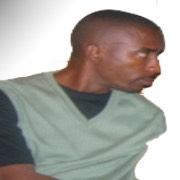 Jemmott is a husband and father of three. Jemmott is an engineer that has worked exclusively in the automotive industry with a focus on design and quality. Jemmott is a teacher and values his integrity.
Jemmott's strength is his ability to focus and break down and analyze problems. He is a true problem solver and comes up with innovative ways to reinvent solutions and generate positive outcomes. Jemmott is fluent in German and has traveled extensively.
Jemmott has been said to be very quiet and intelligent at the same time. Jemmott is an avid golfer and in order to be good it requires focus, execution, and patience. He expresses all of these qualities in everything he does.
Jemmott may have a weakness in being too patient. As his golfing buddies give him a hard time about the pace of play, he can also take his time in other situations. Some will appreciate his patience and others will be pushing him to move on, but regardless of where you stand, you will appreciate his desire for excellence.

The Digital Revolution is on! Either be a part of it or die with the analog days.

KVS will keep you up to date with the truth about the digital revolution and how it fits into the Kingdom (God-Rules). Let all things be done unto edifying (lifting up God). Digital is not the devil's creation or design, although its abused, but it can be used for the Glory of God and being a blessing to the world. Lets spread love across the digital airwaves and watch the world change overnight.